In recent years, China's collection industry has been surging, and many collections have greatly appreciated. Among them, one of the varieties with the fastest appreciation and the largest appreciation rate is coins, and the army of ancient coins collection is also growing. Some people in the industry believe that the ancient coin market has been flourishing for more than ten years, and the general trend in the future will not change. Especially after the development of Internet commerce, it has a great role in promoting the collection and trading of ancient coins. 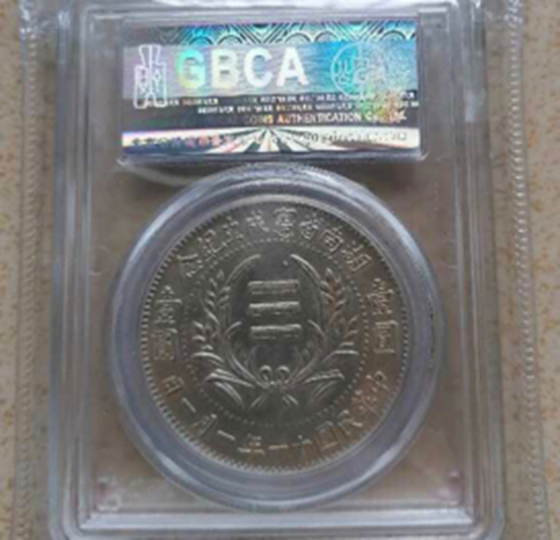 In 1920, after the Hunan army expelled Zhang Jingyao, Hunan governor of Beiyang warlords, Tan Yanchen did not fulfill his promise that "after the war, the general power will be handed over to Zhao hengti". He still held the three posts of governor, governor and commander-in-chief of the Hunan army. As a result, the contradictions among Tan Yanchen, Zhao hengti and Cheng Qian became increasingly serious. Tan felt that it was difficult for him to monopolize the military and political power In the past, under the guise of "returning government to the people", the government of Hunan and "autonomy of Hunan Province" were mentioned again, advocating "rule by the people" and "election of Governors by the people", so as to maintain the separatist regime of one province externally, ease factional contradictions internally and win over the hearts of the people. On July 22, the Sui Dynasty issued a "message" in the name of the people of Hunan Province, which made and argued that all provinces should formulate provincial constitutions, abolish governors, elect governors by the people, implement inter provincial autonomy on the basis of provincial autonomy, and adopt federalism to unify the whole country in the future. In order to achieve his goal of establishing a virtual government and implementing warlord separatism. From September to October, Tan Yanchen carried out the activities of "autonomy" and "constitution making" run by the government, set up a constitutional preparatory office, held a constitutional assembly of the provincial officials and gentry, drafted a constitution of Hunan Province, and implemented his political ideas into the provincial constitution. However, in late November, when the constitution was not formally implemented, Zhao hengti and Cheng Qian united in Changsha to suppress Tan Yanchen from power and leave Hunan. After becoming the commander-in-chief and acting governor of the Hunan army, Zhao hengti still announced that he would "inherit the former governor's legacy regulations", and continue to improve the unfinished constitution of Hunan Province by Tan Yanchen, and create a theoretical basis for the Warlord's separatist rule.