Spending money, like circulating ancient coins, has recently become a hot spot in coin preservation. The economic value of spending money depends on the amount of casting, the amount of preservation, the difficulty of preservation, the historical value, the artistic value, the cultural value, the texture and other aspects. The total amount of spending money is not much. Although it can be privately cast, only those rich people with financial resources have the money to spend money privately. Private casting has many effects. Some of them are specially used as gifts, for example, "five sons get into college", "one hundred sons have thousands of grandchildren", etc., which are used for festive occasions, and others are used to ward off evil spirits at home. Together, we should also pay attention to the fact that a batch of money is specially cast by dignitaries or emperors of different dynasties for some special occasions, or used to reward heroes and cloth, or cast for a celebration ceremony, or make various accessories. 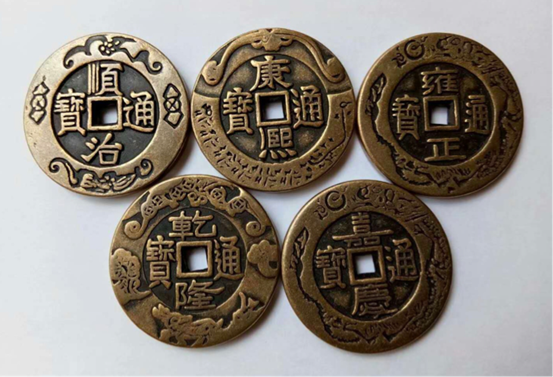